The Dolby Theatre is a world-famous auditorium in Hollywood California.  Since it first opened in 2001, it has hosted the Academy Awards or "Oscars" that are held annually to recognize achievement in motion pictures.

The 3,332 seat theatre was previously called the Kodak Theatre and subsequently the Hollywood and Vine Center Theatre. 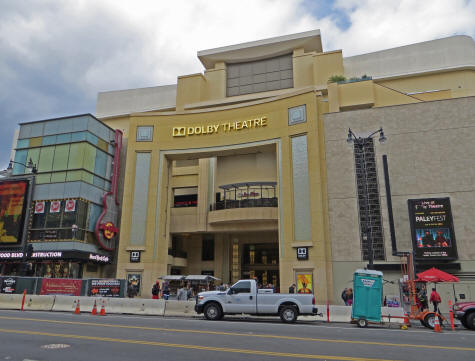 Visitors to Hollywood can visit the Dolby Theatre website to learn about upcoming shows and events.

Although tours of the theatre are available, the cost of admission is high ($17).