The El Capitan Theatre is Hollywood California is a historic movie palace that first opened in 1926.  The theatre exterior features a Spanish Colonial Revival design.

When purchased by Paramount in 1942, the theatre was renamed as the Hollywood Paramount Theatre.  Today, it is sometimes referred to as "Hollywood's First Home of Spoken Drama". 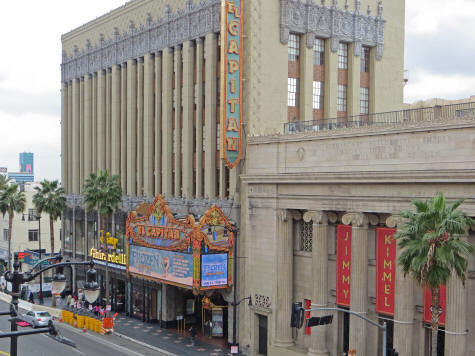 Many famous movies premiered at the El Capitan including "Citizen Kane" in 1941.

The El Capitan Theatre is currently owned by the Walt Disney Company.  Consequently, it is often used to host the premiere performances of Walt Disney film productions.