The Griffith Observatory is a historic observatory located on Mount Hollywood directly north of Hollywood California.

Visitors to the facility can enjoy a fabulous view of the Hollywood Hills, the Hollywood Sign and the Greater Los Angeles region from the building.  There is also a planetarium at Griffith Observatory.

The observatory was built in 1935 and contains many space and astronomy related displays and telescopes.  Admission to the facility is free of charge. 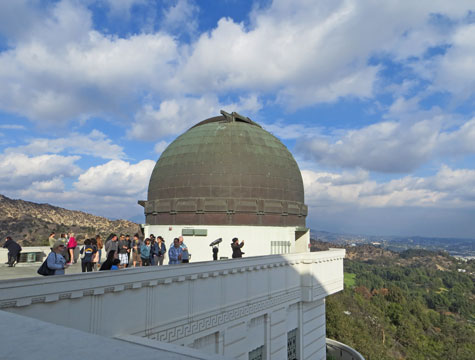 Due to its proximity to downtown Hollywood, the building and surrounding area has frequently been used in famous Hollywood movies.  Rebel without a Cause starring James Dean was one such movie.